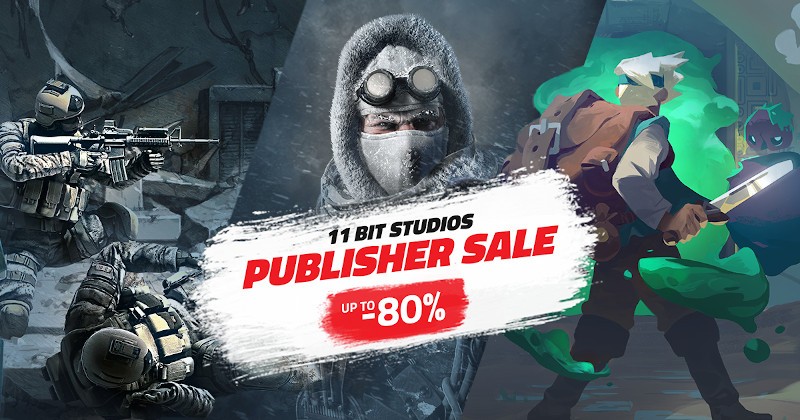 Humble has just announced the latest bundle the 11 bit publisher sale! Up to 80% off from publisher 11 bit!

11 bit is known for games such as

Frostpunk is the first society survival game. As the ruler of the last city on Earth, it is your duty to manage both its citizens and its infrastructure. What decisions will you make to ensure your society’s survival? What will you do when pushed to breaking point? Who will you become in the process?

Moonlighter is an Action RPG with rogue-lite elements that demonstrates two sides of the coin – revealing everyday routines of Will, an adventurous shopkeeper that secretly dreams of becoming a hero.

This War Of Mine

In This War Of Mine you do not play as an elite soldier, rather a group of civilians trying to survive in a besieged city; struggling with lack of food, medicine and constant danger from snipers and hostile scavengers. The game provides an experience of war seen from an entirely new angle.

Children of Morta is a story-driven action RPG game about an extraordinary family of heroes. Lead the Bergsons, with all their flaws and virtues, against the forthcoming Corruption. Will you be able to sacrifice everything to save the ones you care for?

Check out the 11 bit publisher sale at HumbleStore

See other deals on our game deals page