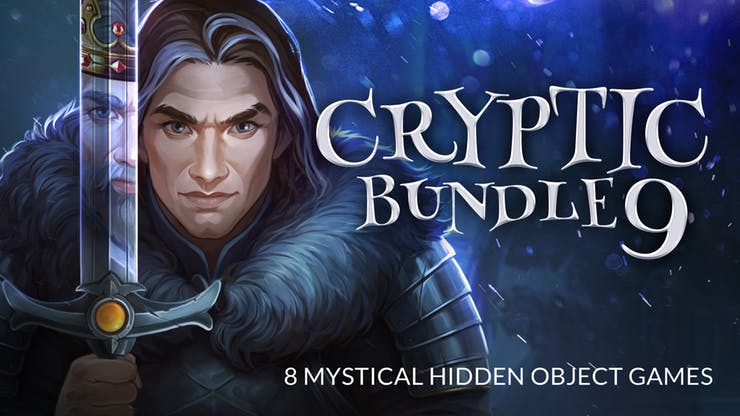 Hot off the press and at a price that cannot be refused. Fanatical has just released their Cryptic Bundle 9 bundle that contains 8 awesome games with a value of over $100!

The Cryptic Bundle 9 contains eight classic games for just $1.99! See below for descriptions.

Head on over to Fanatical to see the Cryptic Bundle deal

A loving family discovers that their daughter has fallen ill. While her parents set out to get her the treatment she needs, her determined older brother turns to the power of imagination to help them cope. While the outside world offers a harsh reality, these innocent children create a surreal fantasy world that gives them the play and comfort they need.

A rookie inspector on her first assignment and her experienced copartner arrive at the scene – a luxurious island in the middle of the ocean owned by a young millionaire, who wants the matter concluded as quietly as possible. The question in this case appears simple enough: was a security guard’s death a suicidal plunge, or maybe an unfortunate fall?

King’s Heir: Rise to the Throne

Two royal knights, Edmund and Randall Ulmer, are tricked into a conspiracy against the crown. Pursued by the royal guard and ruthless conspirators, the brothers embark on a dangerous journey that will uncover the kingdom’s shameful secrets, restore the honor of the Ulmer family and change their fate forever.

Step into the shoes of Alfred Fox, a private eye with a knack for getting into trouble, and confront the danger looming over your old flame, Barbara Le Purr. Using your own intuition and wide investigation techniques you will follow the intrigue and face many, sometimes deadly, consequences.

The peace in the White Kingdom is marred by the appearance of the mysterious Black Knight. His identity and intentions are unknown, but when he kidnaps your only son Nevin, you follow him in pursuit. As Gillian, explore two worlds and use the Magic Scrolls to discover the truth about a forgotten royal lineage

The realm of the Five Kingdoms faces a formidable challenge. A mysterious power is trying to destroy the relationship between humans and elves and start a conflict. What will happen to this legendary world when the covenant of magic between humans, elves, dwarves, goblins and hobbits ends?

During her new adventure, Pamela Cavendish goes to a misty and mysterious Scotland where a seemingly innocent landscape of moor quickly reveals its dark nature. Spectre from the past and ghostly sounds will force her to follow the amazing legend of the Red Moon.

King Raphael returns victorious from the expedition against the army of the mysterious Elf Sylvanheir. While king’s subjects are preparing for his triumphant arrival, his sister – startled by his strange letters from during the war – suspects that Raphael has been cursed and that a real war is about to begin.