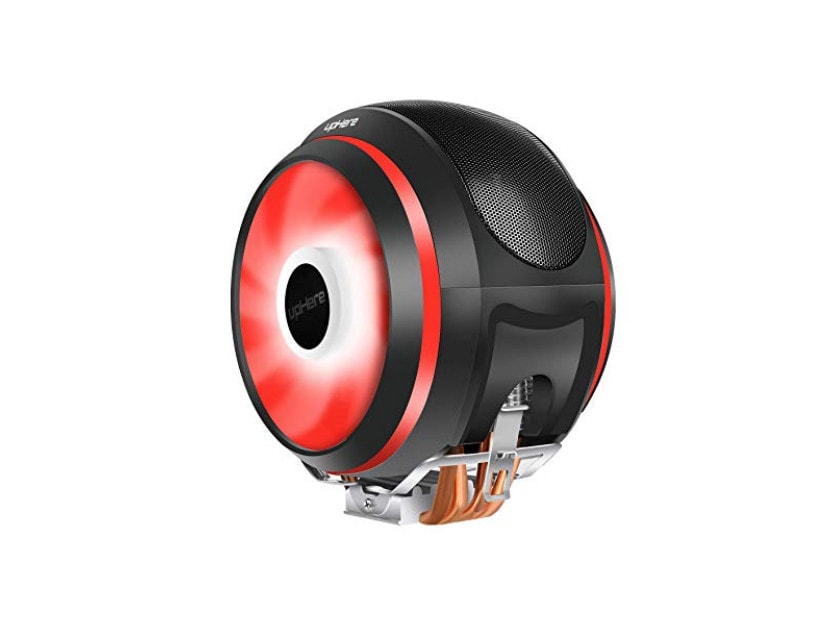 Keeping your CPU cool is of the utmost importance when planning out your next PC build. Choosing a CPU cooler should not be taken lightly as insufficient cooling can lead to big problems later on down the road.

After a bit of research, I decided to test a budget CPU cooler made by upHere, the upHere CCF150RD High Performance CPU Cooler to be exact. Something reached out to me when I saw this jet turbine looking cooler and the reviews were good to match. Look below and behold the beauty that is the upHere CCF150RD!

All joking aside, great performance has been seen from this CPU cooler on my gaming rig. I have never once seen temperatures above 65C on the Ryzen 5 3600 GPU.

Since originally purchasing, I have installed two additional upHere CCF150RD CPU coolers on a LGA-1155 I5 Frankenstein build and my wife’s budget Ryzen 5 2600 build. Three installs, not one issue and top performance cooling from a CPU cooler that is half the price of name brand coolers.

I would highly recommend this cooler for anyone looking to complete a budget build. If a higher budget can be achieved, I would recommend stepping up to a water cooler over going with more expensive models of air coolers.

They all function similarly and from my experience there is not enough of a performance gain achieved by installing a name brand air cooler when water coolers can be had for around the same price point.

Check out the CPU cooler on Amazon!

Check out other hardware reviews on our review page!